Pets and Teens: Together for Mental Health 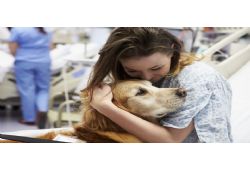 For most people, the care, love and affection that animals can bring to ones life is a fact commonly understood. The social benefits of interacting with pets are not only universally recognized, they are also scientifically proven.

Animal-assisted therapy is a fairly new form of treatment that aims to involve different types of animals in the therapeutic process of people of all age groups, dealing with a variety of issues. This type of therapeutic intervention can help with social, emotional and cognitive limitations, as well as help patients physically and psychologically.

Even more recent than animal-assisted therapy itself, is its success with at-risk youth  teenagers with lower than average chances of successfully transitioning into adulthood and the responsibilities that come with it. Teenagers that benefit from this type of therapy include those that suffer from depression, psychotic episodes, eating disorders and anxiety. Developing communication skills, increasing self-esteem and improving overall social skills are the main desired outcomes of pet therapy for at-risk youth.

They learn to properly socialize and conduct themselves in front of animals and people, says Gaby Dufresne-Cyr of The Dogue Shop, a science-based animal behaviour school in Montreal. The program gets very intimate, very fast. People bond with people, and teens bond with dogs.

I implemented the full program at Perspectives II and also Focus High School, says Dufresne-Cyr. I oversee the exercises, but the teens work directly with my students and their dogs  sometimes they are also teens from another school partaking in an internship at my establishment. Teens helping teens is the best.

Pet therapy for at-risk youth is mostly done in groups so that the teenagers can not only interact with the animals, but also learn to interact with one another because, essentially, that is the ultimate goal. Teenagers easily connect with dogs because they are affectionate straightaway and because dogs are very interested in people, and vice versa; however dogs are not the only animals that at-risk youth feel connected to. According to Frédérique Hébert-Villeneuve, animal-assisted therapy supervisor at the Douglas Mental Health Institute, teenagers surprisingly connect with rats and ferrets even more so than dogs.

[Rats] are different, so the teenagers like them and its really cool to see them together, says Hébert-Villeneuve. Rats are very intelligent animals and they are stereotyped people dont like rats so these teens see a projection of themselves in the rats.

The Douglas animal-assisted therapy program is also home to cats, parrots, guinea pigs and a rabbit that aim to help all their patientschildren, teenagers, adults and elderly living with mental illness.

We have to feed [the animals], give them water, clean their cages, take the dogs for walks and most of the teens here dont even know that they are capable of doing these things, says Hébert-Villeneuve. By making them try things, they can develop different skills  even to open a bird cage can be a challenge in itself.

Dufresne-Cyr believes ten weeks to be an ideal amount of time for teenagers to reach some of their objectives and to be able to create a bond with the dogs and with each other. Hébert-Villeneuve acknowledges fluctuations in success timefrom really short to really longdepending on the individual, the mental illness and also the medication and additional forms of therapy the patient is involved with.

Essentially, animal-assisted therapyand all therapy for that matterworks differently for everyone, benefits each individual on a different level and yields unique results from one person to another. Yet, the overall final outcome is very much the same in all cases; a goal was set, pursued professionally and therapeutically and ultimately reached.

We have to see the animal-assisted therapy program as one approach; it is a different way to work, says Hébert-Villeneuve. My profession is special care counselling, so I was trained in this domain, but I chose to work with animals so we can observe all teenagers in a different light.

This observation and understanding of at-risk youth is made possible by the environment created within pet therapy facilities. Animal-assisted therapy is a form of relationship building based on the absence of judgement, says Dufresne-Cyr. Therapy involving animals has this judgement-free advantage over any other type of therapy simply because animals do not judge. That fact alone is imperative to the success of animal-assisted therapy. When you have a mental illness you always feel like you are being judged because you are even judging yourself, says Hébert-Villeneuve.

Although the Douglas pioneered this field of study in Quebec over 30 years ago and remains the leading integrated zootherapy program in the province, other facilities have begun to follow suit. The Laval Veterinary Center has had its own service dog department since 2011, known as the Asista Foundation, which provides service dogs for those suffering from PTSD, Autism and Mental Support Disabilities. We supply service dogs not for the people who cannot see, but for those who have seen too much, says John Agionicolaitis, the Chair of this department.

There are several federal institutions, most notably Can Praxis, which provides horse therapy for veterans suffering from PTSD, that are looking to shed light on the phenomenon of pet therapy as a whole despite research on this matter being quite slow and difficult due to its subjective nature.

Nevertheless, there are also many institutes, such as the Douglas, who do not cease in their efforts to expand their knowledge of animal-assisted therapy specifically aimed at at-risk youth and are fighting the good fight for more research, so that teenagers can learn to fight for themselves.

Alexia Marsillo is a recent Journalism graduate from Concordia University and is an active freelance journalist. LinkedIn; http;//ca.linkedin.com/in/marsillo 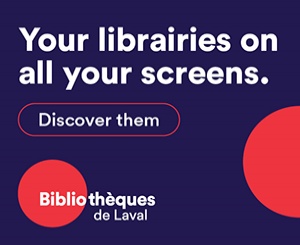